In 1888 there was a Bill introduced by Senator Henry Blair, from Connecticut, that provided for a National Sunday Law. After several hearings, it was about to be enacted. Alonzo Trevier Jones, editor of the American Sentinel for religious liberty, challenged the Bill with a powerful and consistent argument and the Bill was defeated. The hearing was published in 1889 in a booklet entitled: The National Sunday Law. Jones’ full argument against the Blair Sunday Bill in 1888 is here provided, with his own amendments. This book has shocked the minds of the most able defenders of religious liberty due to its logical consistency. 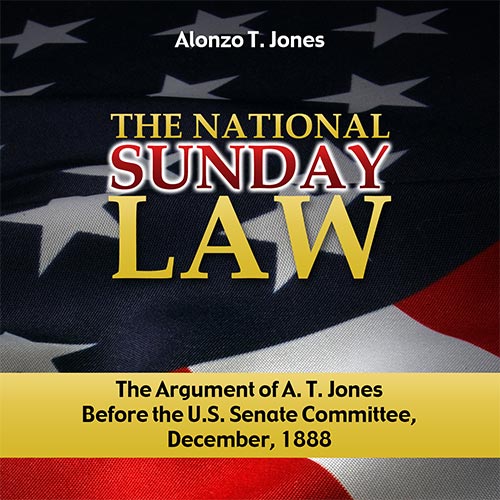